Say It With Symbols: Finding Surface Area of Rod Stocks 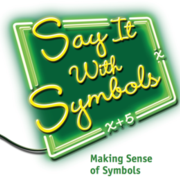 Use properties of operations to generate equivalent expressions.

2. Understand that rewriting an expression in different forms in a problem context can shed light on the problem and how the quantities in it are related.

2. Compare properties of two functions each represented in a different way (algebraically, graphically, numerically in tables, or by verbal descriptions).